If you’ve used a travel site before, you’ll be familiar with a page that looks like this:

with various elements nudging you to complete the booking, e.g. ‘only 3 rooms left’ or ‘deal of the day expires in XX minutes’. This page has a detailed walkthrough of the booking.com site, which falls more benignly on the scale of dark patterns that are manipulating user behaviour [1].

Apparently, consumers are getting more used to such nudges, and this could change how effective nudges are moving forward. From this post:

how a world saturated with behavioral interventions might no longer resemble the one in which those interventions were first studied. Are we aiming at a moving target?

Two thirds of the British public (65 percent) interpreted examples of scarcity and social proof claims used by hotel booking websites as sales pressure. Half said they were likely to distrust the company as a result of seeing them (49 percent). Just one in six (16 percent) said they believed the claims.

For these people, not only are these behavioral interventions not working but they’re having the reverse effect. We hypothesize psychological reactance is at play: people kick back when they feel they are being coerced. Several measures in our study support this. A large minority (40 percent) of the British public agreed that that “when someone forces me to do something, I feel like doing the opposite.” 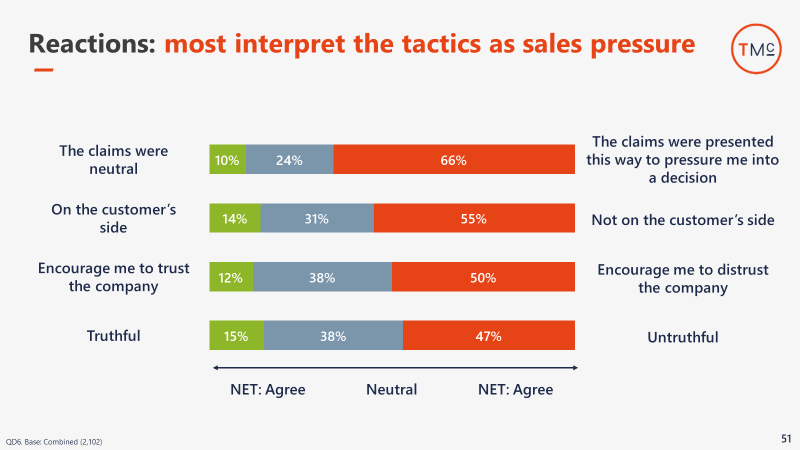 Note that these are self-reported reactions by the participants. It makes sense that people have grown more educated about the ways companies pressure them into making a purchase. It also makes sense that this group would report increasing distrust after viewing such tactics. What I’m curious to know is whether consumer behaviour actually changed as well. Even after reporting this lack of belief in the claims and the increased distrust, do people still make the purchase anyway? [2]

The lesson I take from our study? Feedback loops affect the efficacy of behavioral interventions more than we realize. Just because an intervention was successful five years ago does not mean it will be successful today.

Assuming that people are actually changing their behaviour in response, this seems problematic for the social science research community. There’s already enough issues with replicability, and to have to account for a moving target is going to be difficult. I wonder if we end up with ‘eras’ in human psychology, characterised by periods in which certain behaviours were predictable but no longer are due to a feedback loop. Imagine if research had to be qualified as ‘opting out vs in used to work to increase participation in the 00s, but no longer does in the year 2050’.